Traveling to the United States, Consequences of Overstaying

We hereby call the attention of all Hungarian citizens intending to travel to the United States to acquire detailed information on the rules of entry and the conditions of legal stay before departure. The U.S. authorities apply the relevant regulations strictly to foreigners wishing to enter the country and for those who are already residing there. Violation of the immigration regulations has an immediate impact as well as long-term disadvantages on travelers violating these regulations.

To avoid such problems, we strongly advise to closely observe the destination and timeframe approved by the U.S. authorities during your stay in the United States! The ESTA Entry Permit entitles the holder to a maximum stay of ninety days while the validity period for each visa is indicated on the visa sticker. The U.S. Customs and Border Protection (CBP) officials determine the length of stay the visitor is allowed in the country. It is important for the visitor to check the dates and leave the country before the deadline expires. A single day of overstay already implies sanctions, which will endanger the traveler’s future entry!

If you already reside in the United States and have already violated the conditions of your stay - e.g. by overstaying, or carrying out activities inadequate for the original purpose of your stay - it is suggested that you leave the country voluntarily in order to avoid more severe sanctions.

If a person, who is illegally staying in the United States, has come to the line of sight of the authorities, he or she can immediately be arrested and detained for a term of 1-3 months (detention or imprisonment), then expelled, and deported from the country. The Hungarian missions cannot provide assistance in such cases! The authorities do not consider financial issues or family situations; illegal visitors cannot visit the U.S. for a period of 5 to 10 years. In case of illegal employment, the ban may be of longer duration.

Please be sure to review U.S. Travel and Immigration instructions before or during your stay in the United States to avoid any serious consequences.

ESTA - travelling to the United States with the Visa Waiver Program

Hungarian citizens with biometric passports (e-passports) can travel to the United States for a maximum stay of 90 days for tourist and business purposes or transit through the country without obtaining a visa. For other purposes – e.g. studies, employment - a visa is still required. Business stay is narrowly interpreted, covering most notably participation in business events, meetings and negotiations.

As of January 12, 2009, the Electronic System for Travel Authorization (ESTA) became a requirement under the Visa Waiver Program for entering or transiting the United States. A link to the official ESTA website (esta.cbp.dhs.gov/esta/application.html?execution=e1s1) is available on the website of the U.S. Embassy in Budapest (hu.usembassy.gov/).  A small number of ESTA applications are not approved, so Hungarian citizens planning to travel to the United States are kindly advised to apply for an ESTA at least 72 hours prior to their departure. Please be informed that the ESTA is not a visa!  The travel authorization is valid for two years from the date of approval. Within the two-year ESTA validity period, travellers are allowed to enter the United States as a visitor for tourism, business, or transit purposes, for a period of not more than 90 days for each visit. During the two-year validity period, the holder of the authorization may enter the United States multiple times.

For residence, study, employment or any other purpose, including any visit for tourist and business purposes longer than 90 days, travellers must first apply for a visa at the U.S. Embassy Consular Section. In these cases, visa-free ESTA licenses cannot enter the United States.

If the ESTA application for Visa Waiver Program travel is rejected via the online system, visa is required, in most cases a B1 or B2.  In this case, the application can be submitted at the Embassy of the United States.

Entry and transit with the old type (blue) passport and temporary passport is still subject to a visa requirement.

For Hungarian citizens who travelled to Iran, Iraq, Sudan, Libya, Somalia, Yemen or Syria on or after 1 March 2011, an ESTA permit is not enough; a visa application must be submitted at the U.S. Embassy.

Upon applying for admission to the United States at a U.S. Port of Entry

The approved ESTA or visa do not guarantee admission to the United States. U.S. Customs and Border Protection (CBP) officials verify the conditions for admission at the Port of Entry. The CBP officials can decide to refuse entry to the United States when suspecting abuse of  the Visa Waiver Program on the traveler’s part, and initiate their detainment and deportation. In such cases the Hungarian missions cannot provide any assistance to the Hungarian citizens! It is important to note that all Visa Waiver Program travellers must possess a valid airline ticket to depart the United States within the potential 90-day admission period.

During the admission process, travellers who possess a valid visa will receive a stamp in their passport with an admitted until date and the appropriate class of admission. An electronic automated I-94 document will also be created stating the period of admission to the United States.  Travelers entering under the Visa Waiver Program must depart the United States on or before the 90th day of their stay. An admitted untildate is stamped in their passport as well, and listed on their electronic I-94W form.  Electronic I-94 documents can be found at i94.cbp.dhs.gov.

In the case of ESTA, the visitor cannot change the purpose of staying or applying for an immigration visa or residence permit during their stay. The possibility of a change of status is also very limited in the case of visas!

According to United States law, admission of foreigners and determination regarding the length of their stay is the sole responsibility of the U.S. authorities.  Abuse of the entry permit and the abuse of visas (e.g. academic, employment reasons) is penalized by law in all cases.  Please note that there is no possibility of dismissal or appeal under the Visa Waiver Program. Overstaying (even for 1 day!) under the Visa Waiver Program (ESTA) or with any other Visa Type may result in serious consequences:

The deportation process may be used by the authorities of the United States against any foreign citizen who has committed a crime in the United States or who is deemed a danger to public security, or who overstays their allotted time of admission.  U.S. local and federal law enforcement agencies have the right to detain and initiate proceedings against individuals staying in the United States unlawfully (expired visa, VWP (ESTA) overstay, illegal employment).

This may mean a detention of 1 to 3 months.  After being detained, the individual is subject to removal by an immigration judge (for Visa entries).  This decision involves the annulment of the visa of the suspect and a bar on re-entering the country for 5 to 10 years.  The court may impose similar or even stricter penalties for illegal employment.  Those who overstay the terms of their entrance on the VWP are automatically deported from the United States.

Working in the United States

In order to work lawfully in the United States, all non-U.S. citizens are required to obtain an appropriate work visa in advance. The requirement for an employment visa/authorization is subject to the requirement of a valid American employer's offer.  If the Hungarian citizen decides to accept the offer, the employer must first obtain a work permit from the U.S. Citizenship and Immigration Services office (Form I-797). After receiving the approved I-797, the applicant can use the original document to apply for a work visa at the U.S. Embassy in Budapest.

With a tourist visa or an ESTA authorization, you may be denied entry if suspected of having an intention to work, which may lead to an immediate return.  Since 2017, all border crossing points in the USA have been subject to more stringent monitoring of entry and residence conditions.

Please note that an ESTA permit does not entitle the holder to work! Advertisements that offers work possibilities with ESTA (e.g. au-pair, hotel facilitator) are fake and dangerous. Those who travelled on these bargains have often been in a vulnerable position; many become victims of human traffickers. If you intend to work in the United States, you will need to have a work visa!

Essential Guide to the City

Visit and Discover the Country

Please note that as of January 1, 2020, our consular fees have changed.
Read More 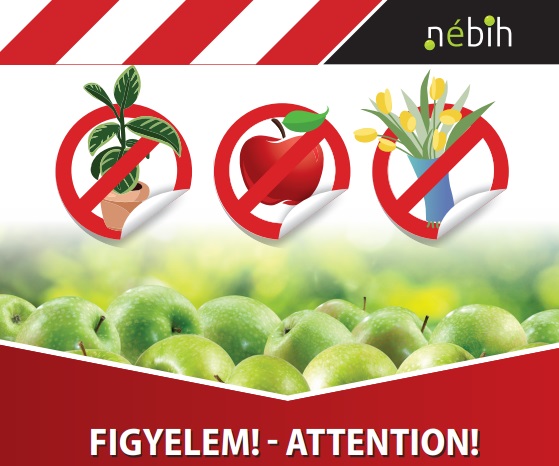 US Extends Visa-free Entry for Hungarians

The United States and Hungary have agreed on an extension of visa-free entry into the country by Hungarian travelers, Foreign Minister Péter Szijjártó said after talks with the acting secretary of homeland security in Washington.
Read More

Always a highlight of the festive season, when once a year we come together in Washington D.C. with our superb honorary consuls and colleagues from all around the US to discuss the past year’s achievements and plan ahead the forthcoming year. 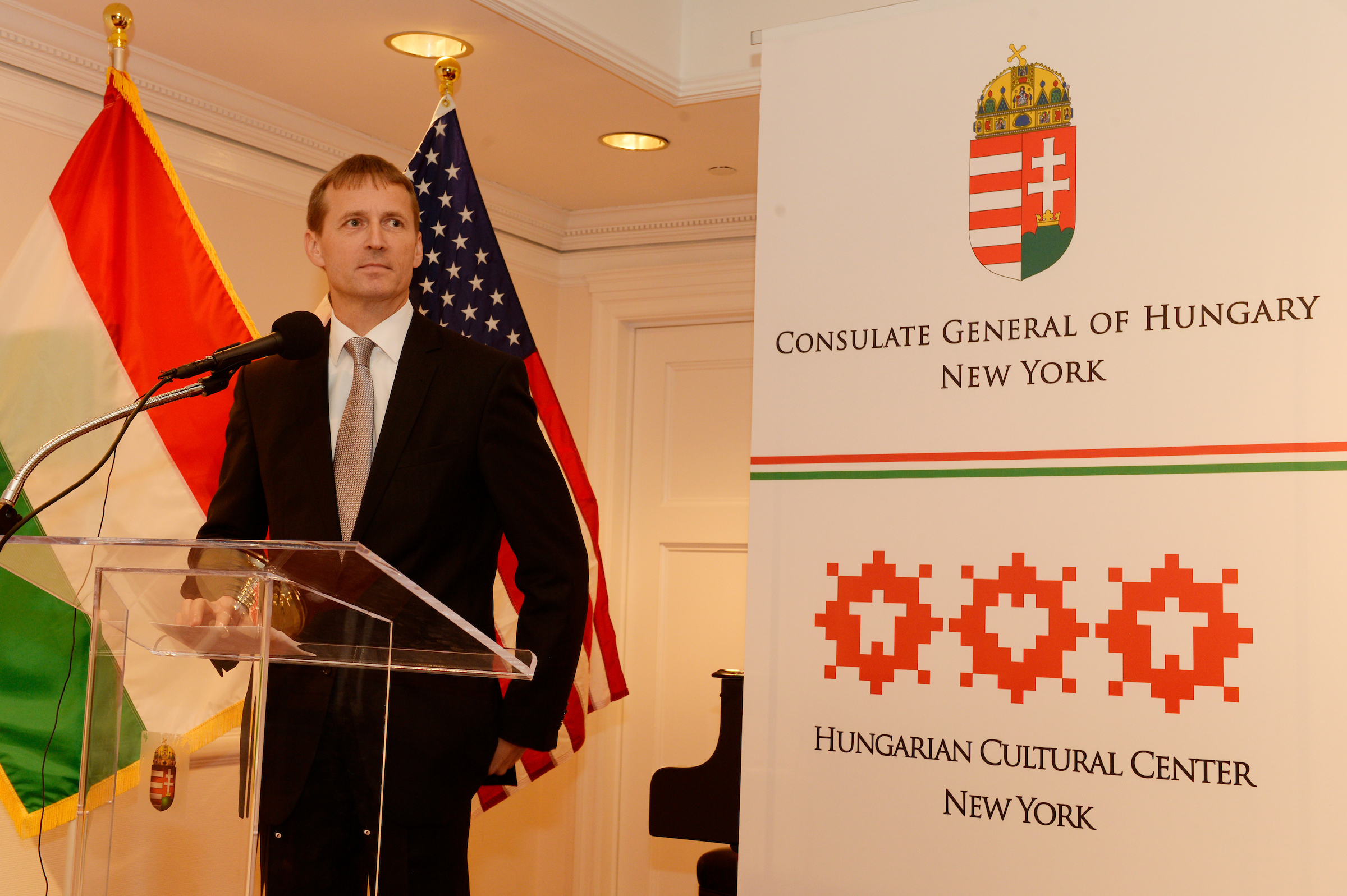 During his official visit in New York, H.E. Mr. Péter Szijjártó, Minister of Foreign Affairs and Trade of Hungary met the Archbishop of New York, His Eminence Timothy C. Dolan as well as leaders of EAI, Inc. Environmental Management Services. On the margin of the visit, Minister Szijjártó has revealed that a joint Hungary-US fund supporting small and medium-sized firms in the US export market has been established. Read More

Please note that as of November 4, 2019, our consular fees have changed.

Ceremonial Oath Taking at the Consulate General of Hungary 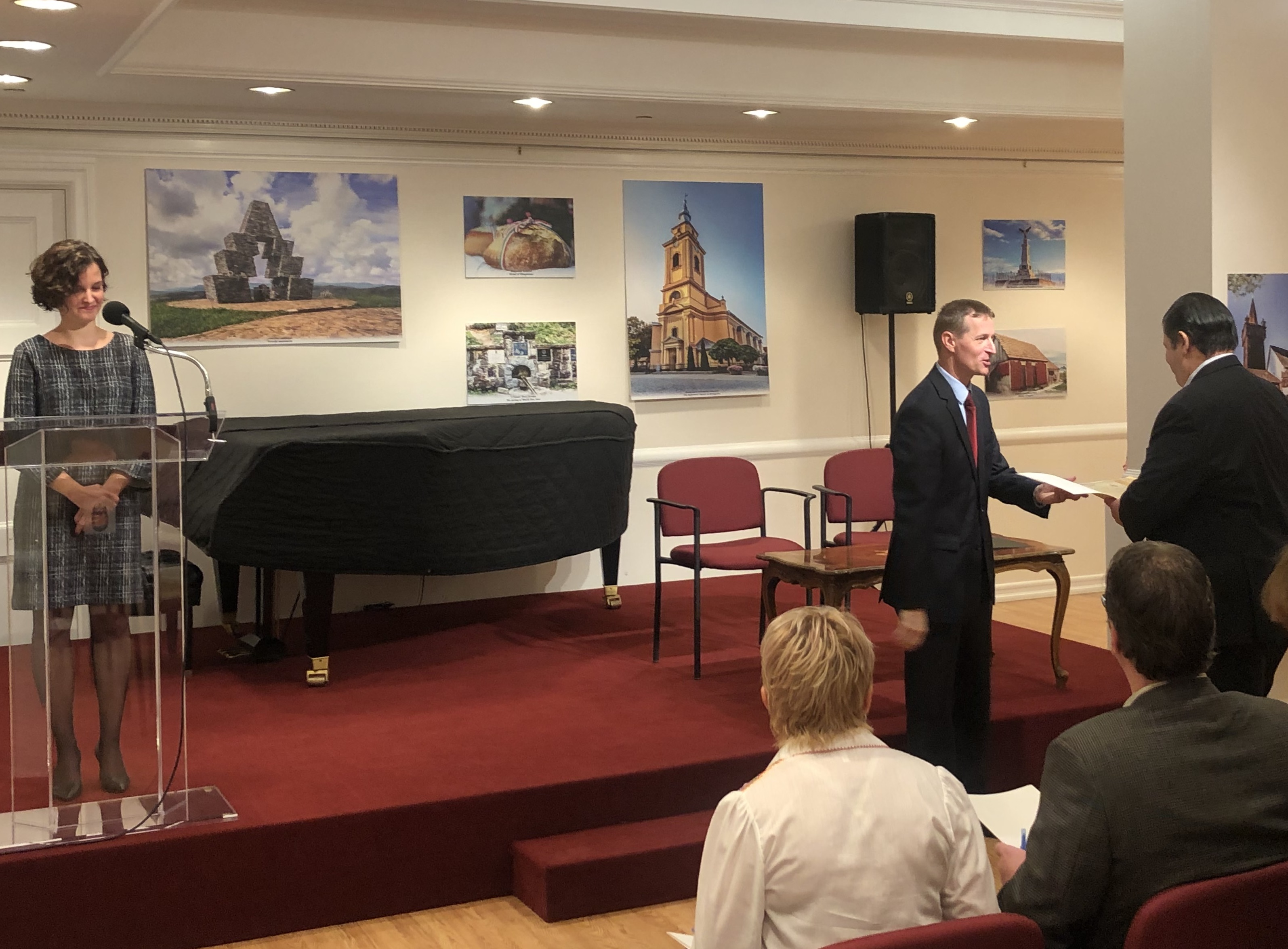 In commemoration of the 63rd Anniversary of the 1956 Hungarian Revolution, Mr. István Pásztor, Consul General of Hungary has welcomed 8 new Hungarian citizens on October 25, 2019 at the citizenship ceremony. Read More