We are proud of our Jewish athletes

Home / We are proud of our Jewish athletes

“We are proud of our Hungarians of Jewish descent, who have enriched the heritage of Hungarian sport through their sporting achievements”, Minister of Foreign Affairs and Trade Péter Szijjártó said on Tuesday at the opening of an exhibition by the Maccabi VAC Hungary Sports Association in New York.

Fifteen panels depicting the lives of Hungarian Jewish sportspersons, Hungarian sports culture and sports history were put on show at the Consulate General. At the event, the Minister spoke about Hungarian-Israeli sports relations, pointing out that a few weeks ago he had had the opportunity to open the Hungarian trade representation in Jerusalem, and the Hungarian Cultural Year in Tel-Aviv, and now he has the opportunity to open an exhibition that “commemorates and highlights the performance of Jewish sportspersons who have enriched the heritage of Hungarian sport”. “These facts clearly indicate the diversity of Hungarian-Israeli relations, and that we view Israel not only as a strategic ally, but also as a friendly country and friendly nation”, he said.

Mr. Szijjártó also spoke about the fact that the Hungarians are a sporting nation and are proud of having won the most Olympic gold medals in proportion to the country’s population. “We, as an Olympic nation, regard it as extremely important that our first men’s Olympic champion and first female Olympic champion were both Jewish”, he said, referring to Alfréd Hajós and Ilona Elek. With relation to the exhibited panels, the Minister spoke about Béla Guttmann, who helped Benfica to victory in the European Cup Winners Cup, four-time and three-time Olympic champion fencers Jenő Fuchs and Endre Kabos, and chess grandmaster Judit Polgár. “These are all outstanding levels of performance, they are all outstanding sports personalities, and their contribution to our national pride is also outstanding”, he stressed,

“We are proud of the fact that Central Europe’s largest Jewish community lives in Budapest”, Mr. Szijjártó highlighted. He also spoke about the fact that Jewish culture is experiencing a renaissance in Hungary, that in Budapest Europe’s largest synagogue and one of the continent’s largest Catholic churches are within walking distance of each other, and about the fact that when the Jewish cultural festival will be held in the capital, “there will be no troops or soldiers on the streets, because there is simply no need for them”, “We are infinitely honoured to have the opportunity to host this year’s European Maccabi Games, which in my opinion is the best response to all of the ridiculous and false pieces of news concerning the fact that anti-Semitism is on the increase in Hungary”, he said, referring to the multi-sport event to be held between 29 July and 7 August.

“All of the sportspeople, accompanying personnel and reporters will see that we are highly appreciative of the Jewish community”, he added. He said Hungary had been glad to win the right to host the Games in competition with Basel, pointing out that there are less than one hundred days to go before the opening ceremony, but it has been over ninety years since the Games were held in the region, in the Czech Republic. “After an interval of ninety years, the Maccabi Games are coming back to the central part of Europe, and we regard this as an opportunity not just from the point of view of sport, but also from a cultural perspective”, he emphasised. The Minister promised those present at the opening of the exhibition that Hungarians will be an excellent host of the Games; the preparations are complete, and all of the necessary decisions have been made with relation to infrastructure and budget.

The Maccabi World Union is the largest and oldest Jewish sports organisation in the world, spanning five continents. The Maccabi World Games are held every four years in Israel. The European Maccabi Confederation (EMC) is the umbrella organisation for local Maccabi member organisations. The European Maccabi Games are held ever four years, two years after the Maccabi World Games in Israel. It was decided at the EMC’s 2015 congress that the Hungarian capital will have the opportunity to host the Games in 2019. Maccabi VAC Hungary is the country’s only Jewish sports association.

(Ministry of Foreign Affairs and Trade/MTI) 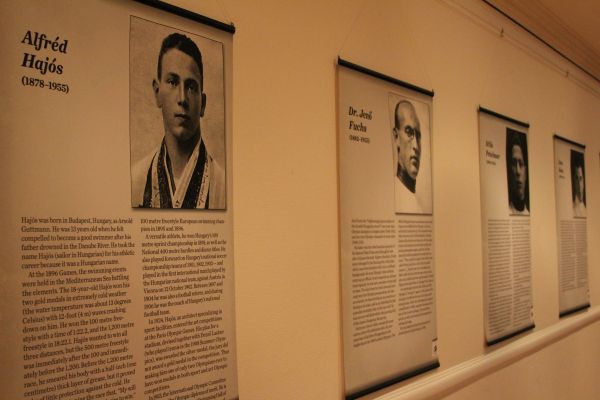 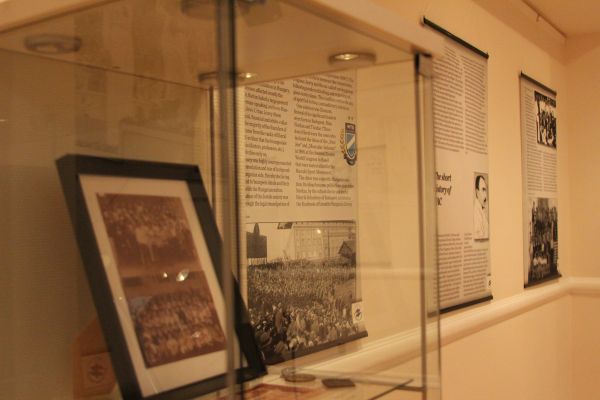 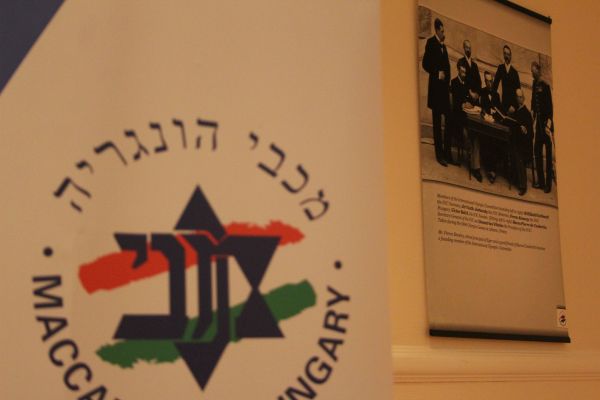