US Extends Visa-free Entry for Hungarians

Szijjártó told MTI that they had also agreed on the list of legislative steps to be taken by Hungary in the interest of upholding the visa-free treatment of Hungarians in the long run.

As regards security issues, Szijjártó said the two countries’ governments both consider it their top priority to preserve their right to decide whom they allow into their territory and whom they wish to live together with. The protection of their respective countries and citizens are also key responsibilities, he said. Both countries are devoting considerable efforts to protecting their borders, Szijjártó added.

Concerning economic ties, he said the two countries’ Exim banks have agreed to jointly finance US-Hungarian investment projects. This, he said, would allow Hungarian and American businesses to devote even more resources to projects in Hungarian, US or third country markets.

US businesses make up the second most important investor community in Hungary, Szijjártó said, noting that there are over 1,700 US-based firms doing business in Hungary employing some 105,000 people.

The US is Hungary’s second largest export market outside the European Union, he said, adding that the volume of Hungarian exports there came to 3.5 billion dollars last year. 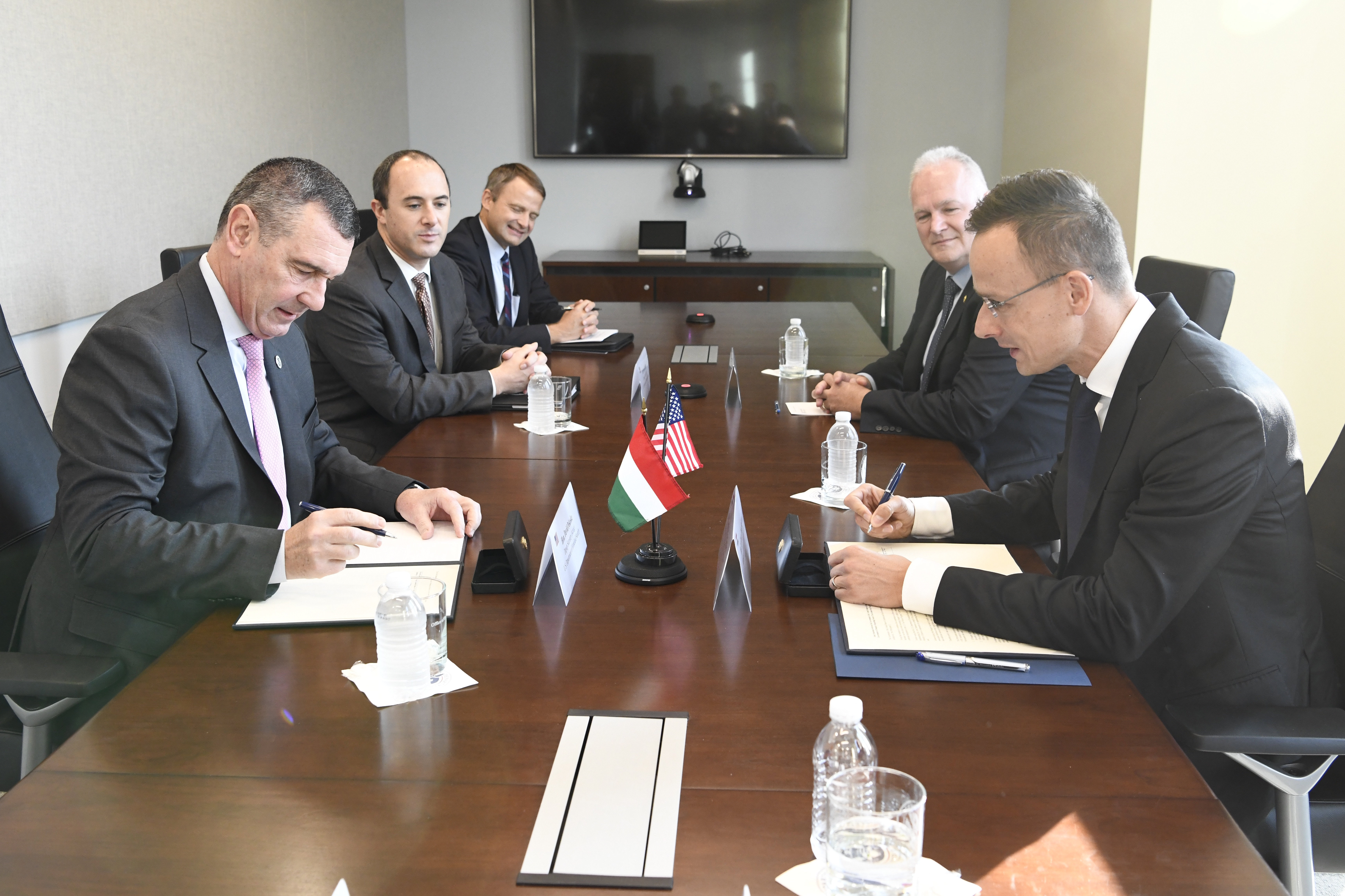